I came across a good article on effective media relations I thought I’d share. It’s from the Bulldog Reporter, a news source for PR professionals. It was from the blog Journalists Speak Out, which is a must read for all PR agency folk. While there’s not a lot of new information for people who work hard on packaging news with specific media needs in mind, it’s at very least a quick and easy reminder of some major do’s and don’ts for media relations agencies from Boston to Baton Rouge.

The big tip for me is the “nut graph.” You can be sure that all of our publicists at CBC will be adding this to their pitches and releases.

New Year’s Resolutions Journalists Wish PR Practitioners Would Make
By Brian Pittman
“A resolution many journalists probably wish PR people would make could be to commit to doing more homework before calling us,” says Kristin Bender, the Berkeley reporter for the Bay Area News Group-East Bay, which owns The Oakland Tribune. “It doesn’t have to be extensive. Just ‘use the Google,’ as President Bush says,” continues Bender, who is also a freelance writer and frequent Bulldog Awards for Excellence in Media Relations and Publicity judge.

“I get 150 pitches each week that have nothing to do with my beat-and I’ve covered Berkeley for five years,” she elaborates. “So, please, find out what the reporter covers. If you can’t do that homework, then at least send an email asking if, for example, I cover your area. At worst, call the newsroom and ask who covers what,” advises Bender. Additional media relations resolutions she’d like to see PR practitioners make:

PR Resolution: I will send only solicited products. “Don’t send unsolicited products in the mail and ask us to review a book or whatever,” suggests Bender. “Ethically, we’re not supposed to take gifts and goods-all we do is donate them to charity. Solicited product is different, however. For example, I did a story about an East Bay author who held a ‘funeral’ for her book [about funerals] after trying to get it published. I responded to her pitch and press materials by asking for the book. So, wait until your material is solicited, then send,” she advises. “That saves you money and time-and makes it easier for us, too.”

PR Resolution: I will prepare for follow-ups. “Sometimes a PR person may send a pitch and I will need them to take it a step further,” relates Bender. “For example, give me numbers or anecdotes to help me see the bigger story. Most often, the people who call aren’t able to answer follow-up questions-either they don’t understand how the news works, or they don’t know the answers for the client. They will either say they don’t know or ask me to call somebody else.” In addition: “Anticipate the reporter’s questions. If you need to get the information and call back, then do so immediately. Don’t wait.”

PR Resolution: I will find the news peg. “If you’re selling the media a story, it needs to have a news peg first and foremost,” Bender says. “Too many releases and pitches fail to answer this question for our readers: ‘Why are we doing this story now?’ Without that timely peg, you’re not going to get much of a reaction unless you’re calling a [features desk].”

PR Resolution: I will write a nut graph. “When PR people send releases, they have too many things going on in the copy,” believes Bender. “They haven’t thought out the news peg. They have too many facts and data and include a trend or something else. What is the story? That’s what we need most. To find that, there needs to be a nut graph. This is the graph that tells you why you want to read the story. It gives you the basic details of what you’re going to find in the story. It sort of sums it up and tells you what the peg is-as opposed to a lead. PR people should get the idea of a nut graph. It will help your releases not have too many concepts-and it will help you boil your news or announcement to the simple story.”

PR Resolution: I will understand newsroom realities. “We have no time for anything but gathering news these days,” says Bender. “We can’t take time away to answer people asking if we got their releases. Put simply, we have a deadline every day after the sun goes down, 365 days a year. That’s just how it is at a newspaper.”

What’s more: “Across the nation, 6,000 newspaper reporters lost their jobs this year due to attrition, layoffs, cutting costs and so on. It’s no secret: Newsrooms are smaller. We’re doing more with less,” Bender says. “I file for online, I have a blog (www.ibabuzz.com/outtakes/) and I file for print. On election night, for example, I updated my story six times throughout the night. So we’re very, very busy. It’s no longer the scoop of the next day. It’s who can get the story up on the Internet first now.” Her point: “Stop for a moment and try to see it from our perspective, and you’ll probably build better relationships with reporters.”

So, have at it and improve your media relations … literally.

Cercone Brown & Co. turns up the heat for Hasbro 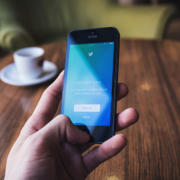 Media Relations In a Down Economy: Three Rules to Getting Ink

Media Relations Succees: Nalgene Featured in MSN’s “Made In America”...
Scroll to top