On October 21st, the firm was honored for Best Online Campaign for 2009 for the prestigious Platinum PR Awards for its “America’s Least Wasteful Cities” work for reusable bottle icon Nalgene. Cercone Brown & Co. was among the top eight companies with the Best Online Campaign out of a total pool of 800 submissions.

With thrift and conservation on the minds of many Americans, the campaign put the spotlight on wasteful behavior in our nation’s top cities. “The Nalgene Least Wasteful City Study” ranked 23 waste-focused habits of urban Americans, from recycling, to using public transportation, to shutting off lights. When the results were tallied, San Francisco earned the title of America’s Least Wasteful City, while Atlanta ranked last.

Launched just prior to Earth Day, the program leveraged social media networks including Twitter and Facebook as primary channels.

“From a simple strategy of creating usable, compelling content, the effort quickly caught fire and extended beyond our hopes,” said Caroline Budney, director, social responsibility, Cercone Brown & Co.  “Almost immediately the ‘Net reacted with Twitter the clear epicenter of activity, as our frequent tweets were fueled by the tweets of columnists and bloggers.”

In total, the campaign reached more than 1 million on Twitter alone, and was extended by numerous television and print new stories. The campaign allowed Nalgene to strengthen its online community, adding fans to Facebook and followers to Twitter, making direct conversations with important alpha consumers easier and stronger.

Del Monte Foods, GE, Time Warner Cable and American Express are among the organizations competing for honors in the 2009 Platinum PR Awards. Presented by PR News, the leading information resource among communicators, this highly competitive program honors the best PR campaigns and initiatives of the year.

The finalists in this year’s awards program included corporations, nonprofits and agencies large and small. The award winners were announced at an October 21, 2009 awards luncheon at the Grand Hyatt in New York City and in PR News’ Platinum PR Awards special issue in October.

The awards were judged by a blue-chip panel that includes PR executives from corporations, agencies, nonprofits and associations, and leading educators and industry consultants.

“It is remarkable how far the PR discipline has come in the past few years in terms of impacting an organization’s bottom line and reputation,” says Diane Schwartz, vice president and group publisher of PR News. “This year’s finalists in the Platinum PR Awards reinforce how powerful public relations is in moving the needle.”

PR News’ Oct. 26 Platinum PR Issue profiles the top PR campaigns of the year and will serve as a users guide to PR departments of all sizes and missions. Coverage will include profiles of the top innovative campaigns, the smartest communications initiatives and the people behind them. 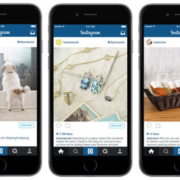 Like It, Tag It, Buy It: Instagram’s New Mobile Shopping Experience 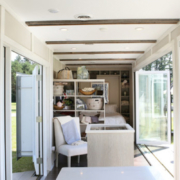 Around We Go With Instagram’s New Carousel Feature
Signup for the CBC Newsletter
Receive updates on exclusive content created by the CBC team.

Pepperidge Farms Signs on to Winter House 2010
Scroll to top