It is no secret that Live Video has transformed the world of social media with applications like Snapchat and Periscope. Even Facebook, as of recently, has been embracing Live Video capabilities and is growing out the now popular feature. After its release back in December, Facebook has expressed that its “Live Video” was going to be an integral part of the platform’s design. Now with one of the biggest pushes it can offer, Facebook is looking to make Live Video mainstream, and forge ahead as one of the most used social media interfaces on the market. 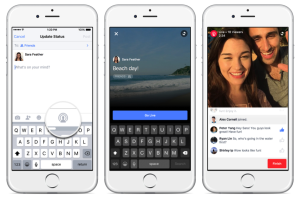 This week, Facebook released a huge update that aims to make its Live Video feature a part of its infrastructure, holistically. With the update, Live Video will replace the Messaging tab on the bottom portion of the digital app. The new tab will feature broadcasting from around the world, from your friends, and from pages you follow. In addition, Facebook has now allowed you to interact with a map of broadcasts (this feature is only available on the desktop interface).

Still confused on how the update might change your experience? Check out their demo video below:

So what does Facebook’s new update mean for brands? We’ve made it clear that Live Video is definitely an added technique that brands should use in their outreach initiatives (check out our blog posts on Snapchat: Link 1 & Link 2), but Facebook is now giving brands a bigger platform to reach more active users than any other social media outlet. Live Video gives brands exposure opportunities and allows for real-time interaction from a direct brand-to-consumer perspective. With this kind of interaction potential, brands can continue the trend of breaking barriers, promoting transparency with their target audiences.

Another important capability for brands to use will be the measurement tool associated directly with the Live Video feeds. Publishers and video creators will be able to see total live viewership numbers during a broadcast. This gives brands a numerical indication of how well they are doing with impressions, and allows them to see how many actual target audience members they are hitting… something that other Live Video platforms have yet been able to do. (You go, Facebook!)

While there are no paid advertisement opportunities yet available with Facebook’s Live Video, the endless options to integrate your brand into real-time conversations with consumers can open a flood gate of brand exposure. Whether or not you join the wave, Live Video is here to stay in the social media world. 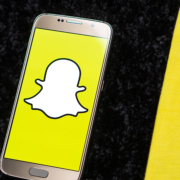 To Snap or Not to Snap

Take Advantage of Facebook Live
Signup for the CBC Newsletter
Receive updates on exclusive content created by the CBC team.

Marketing to Millennials 101
Scroll to top