Take a picture, edit it with a cool filter, and post it for all your friends to see your retro, high fidelity lifestyle. AdWeek has dubbed this the “Instagram Effect:” the filtered, structured, “Valencia” way of seeing life through Instagram’s oh-so deliberate lens. The impact has not only affected Instagram’s laymen users, it’s also had the same effect on brands.

Brands are starting to realize the benefits of moving away from their more traditional, “perfect” photography for campaigns. Instead, they choose the more candid Instagram platform (however “filtered” it may be), which allows consumers to relate to the not-so-perfect portrayal of their product.

As industry veterans take cues from the contemporary social media landscape and its rampant transparency, they’re realizing that consumers are hyper-conscious of overly staged photography. The days of fake smiles and meticulously posed quasi-families eating cereal covered in Elmer’s Glue “milk” are perhaps over…

One of the many brands hopping on the bandwagon is Taco Bell. Their creative team, as of late, has focused more on realistic moments in time—such as friends eating tacos at the beach together—rather than overproduced, heavily styled food-tography. This tactic has great potential to ignite ethnographic relatability in Instagram-using consumers and, likewise, a touch of lifestyle envy and aspiration.

This sort of authenticity in advertising has become a very big part of the evolution of the new ad and marketing world. And as a social media platform, Instagram has become one of the top sites for major brands looking to capitalize upon this trend, allowing agencies to move away from traditional designs in favor of the very interface(s) their consumers use most.

So what makes an effective marketing photo in today’s Instagram world? Perhaps a simple shot of your food, edited with the Hudson filter, sharpened, brightened, structured and cropped. Just like the normal, consumer Instagram-er. Simple, on-brand, honest, and natural. 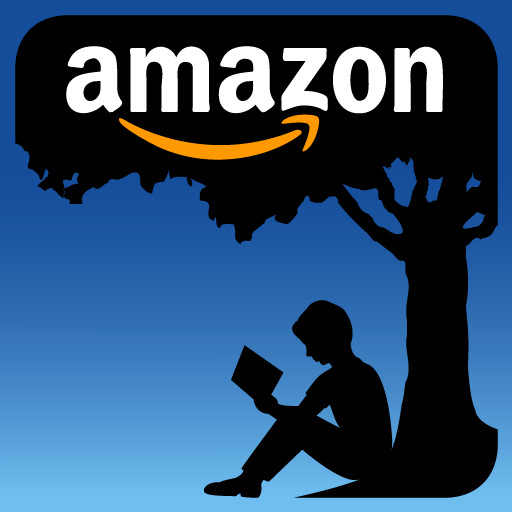 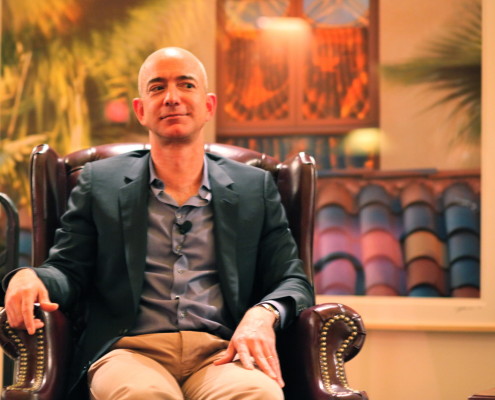 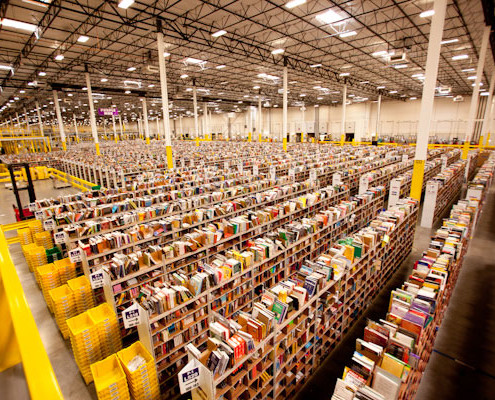 Twitter has officially dropped the 140-character limit for messages between users. The move does not come at a surprise, as the change was laid out in a June announcement by the company. Surprise or not, the small tweak immediately impacts brands, and could even change the evolution of the social media outlet.

While this announcement does not modify Twitter’s tried and true 140-character-a-Tweet formula, it completely opens up direct messaging to the imaginations of brand managers. From trolls to super fans, brands can now directly connect with consumers like never before. For the professionals behind the Twitter feeds you love, the move is an immediate improvement for maintaining and growing brand accounts. 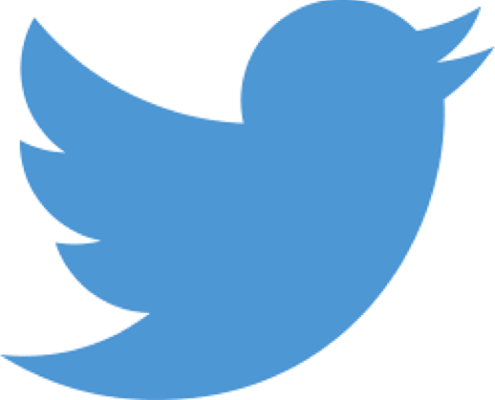 For promotions, the new direct messages could simplify gathering information about followers and finally bring managing sweepstakes under one platform. When upset customers come forward, direct messaging can now be a practical method of resolving issues without having to ask for an email address. In both instances Twitter is positioning itself as a tool not only for growing brands, but as a powerful customer relationship management dashboard. The benefits for the back-end operations of social media marketing are certainly clear, but the real opportunity lies in the imagination of content creators. Imagine where the brand engagement could go:

As Twitter begins to experience some growing pains as it matures, direct messages may play a role in reenergizing the service. Direct messages have lived in the shadow of Tweets since the advent of the short messaging website. By removing the character constraints of this slightly under-loved feature, it opens up its potential to be used far more often.

This past week, Google founder Larry Page announced that Google is now Alphabet. The news was a surprise to the general public and generated robust confusion. I mean, really now – what is Alphabet? Is Google disappearing? And most important, what does this mean for my web browsing?!

Understanding Alphabet begins with a quick trip down memory lane, to 2004 when Larry Page and Sergey Brin, Google’s founders, wrote Google’s IPO letter. In it, they quoted Warren Buffett, attributed much of the letter’s inspiration to his annual reports, and penned sections on “Long Term Focus,” “Risk vs. Reward in the Long Run,” and “Making the World a Better Place.”

Think of how Google has grown and transformed: it’s a search engine and browser; owner of Android, YouTube, Nest, Google Fiber, and Gmail; and pursues projects like self-driving cars and anti-ageing technology (Calico). These projects and companies, however, have become too diverse to keep within the Google box.

Alphabet is a holding company – the tool shed if you will – in which Google now resides as one of many precise, zealous machines. Different projects that started at Google are now so big, they will have autonomy as their own companies, with their own CEOs, and separate, distinct goals… but all companies will remain associated under Alphabet. 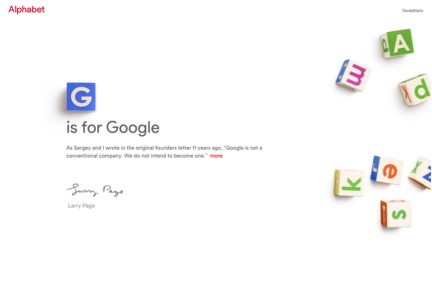 As far as branding, however, Alphabet is receiving mixed reviews. “Google,” as a name, is gold: it’s a word, but not a word; it’s fun, yet serious. And “Alphabet” seems to appropriately convey the concept of creation and language. However, the images of children’s building blocks on the Alphabet webpage can’t help but conjure up thoughts of drooling, non-verbal infants who, while cute, are just not who we’d want associated with a great technological and business endeavor.

Overall, Alphabet is something to be excited about. Journalists and industry experts are comparing Google’s evolution to those of AT&T, Berkshire Hathaway, GE, and Bell Labs, each of which instills great hope and awe in what innovations will come.

Here, for your reference, we’ve compiled a quick hit list of some FAQs about Alphabet:

With back-to-school promotions kicking into high gear, trash bag company Hefty has been putting one large issue – an issue more powerful than any horrible garbage scenario – in the spotlight with the brand’s new #SaidNoSchoolEver campaign.

Hefty created 30-second ads that aim to raise awareness of the serious lack of funding many public schools and their teachers face today. The tone is comically sarcastic, with teachers delivering lines like, “We do not need any more art supplies,” and, “This map—from 1913—almost all of the states are there!” The spots end with a (self-serving) reminder that Hefty is the only “trash-bag” brand supporting Box Tops for Education. 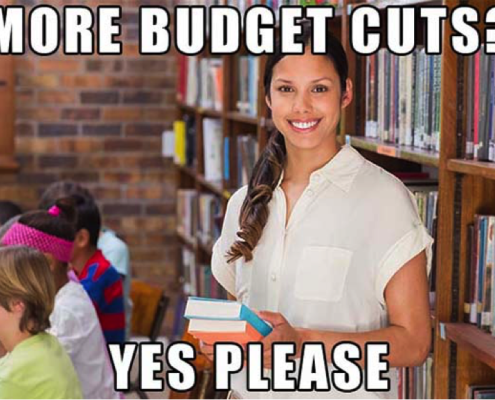 The Hefty campaign resonates across both political and consumer fields, reminding us of another recent campaign that intertwined civil engagement with brand advertising. According to Twitter, educators, education and public advocacy groups, and media members are all engaging with the campaign. So does this qualify it as successful? Awareness certainly seems to have been heightened – but does this translate to sales? As moms grab the obligatory storage bags while back-to-school shopping, will they be swayed to pick up Hefty instead of Ziploc due to the Box Tops involvement or the catchy campaign? We’re interested in following the campaign’s progress, but in the meantime, we’ll take a chuckle and a dose of social consciousness with the campaign’s video ads:

Julia Louis- Dreyfus is back to star in more of her hilarious commercials for Old Navy, and this time she’s playing an uptight suburban “smother mother” in a series of ads promoting back-to-school sales.

Old Navy has developed characters for Dreyfus in older advertising commercial series, as the world’s most useless couples therapist, an extravagant aunt, and a socially inept holiday host. The clothing brand has also leveraged the talents of other leading ladies in Hollywood for past campaigns, including Amy Poehler, Melissa McCarthy, and Debra Wilson. These days it’s clear: the brand is really taking humor seriously.

By using these humorous characters in everyday situations, Old Navy is relating with a powerful pair of market forces: parents and children. The new series of advertisements hinges upon the ability to resonate with both generations of consumers, and successfully does so by employing not only the classic comedienne in a farce-like scenario, but ingeniously foiling her against too-cool-for-school pre-teens who are outfitted in (and street wise about) Old Navy.

The comical approach to back-to-school clothing promotion has definitely gotten our attention. That’s not always the case, however. According to a comprehensive study done by ad-testing firm Ace Metrix a few years back, funniness doesn’t necessarily correlate directly with purchase intent. That being said, humor does drive “likability,” which is a harder to measure, and arguably just as important, factor. [Source]

So don’t be surprised to find us all decked out in Old Navy’s “$19 jeans for old people” in our next company portrait. In the meantime, check out the ad campaign’s commercials below. What do you think – will the laughs translate to sales?