Just when you think Facebook has done it all, the company opens a new avenue for advertisers – TRP buying. On the eve of this years Ad Week event in NYC, Facebook announced its plans to integrate the new ad-buying product which will allow agencies to boost their TV campaigns through Facebook video ads. 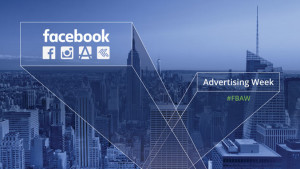 While television ad campaigns have been the go-to source for many brands, millennials are more often looking at life through the screens of their cellphones. So why not combine forces?

Through a partnership with Nieslen, Facebook is working to amplify TV ad spending by allowing brands to purchase TRP shares directly from Facebook. So what does this mean in layman terms? A target-rating point, by definition, is a specific consumer audience within a gross-rating point (GRP), which has been a key metric for TV ad measurement since the 1950’s. Marketers will be able to plan a campaign that will extend across Facebook and TV while keeping a specific TRP in mind. Nielsen will then verify Facebook’s in-target TRP delivery as well as its delivery for Facebook and TV combined. This gives brands the opportunity to get in front of their audience in more than one place, and make their campaigns more memorable.

For those brands looking to take the next step, Facebook’s TRP buying holds the potential to increase their reach by 19% according to a recent study conducted by Facebook.

Facebook has been hiding a lot up their sleeves, but the secrets are out. They have also released 3 other new and exciting opportunities for brands to connect more through the platform.

Facebook’s new tool will allow brands to find the best audience for their campaigns. The tool factors in how many people the ad will reach, as well as how long it will hold their attention.

It seems like only yesterday Facebook released their carousel format to showcase products on users’ newsfeed. Now new and improved, the layout allows brands to include videos in their content to create even more interaction with their audience. 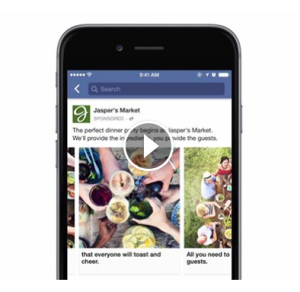 Along with being able to run campaigns through Facebook advertising, they can now be measured in the same place. Mobile polling is available for Facebook and Instagram to keep advertisers up-to-date on how well their campaigns are running.

Follow the rest of Ad Week here to stay up to date on other exciting news!