It’s the Monday after the Super Bowl around 11:30am, and there’s only one thing on your mind: lunch. You decide to treat yourself to a delicious Chipotle burrito bowl, complete with chips and guac (yes, you know it’s extra). The Monday blues are hitting you hard, and this should flip things around. But instead of fresh corn salsa and spiced chicken, disappointment is the only taste left in your mouth. 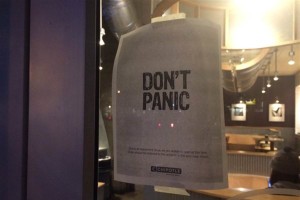 This is no doubt the experience that many had yesterday, as Chipotle closed every single one of it’s 1,900 locations for the entire day on February 8, 2016. Seems like a terrible sales move, right? Wrong. This was a strategic, and almost necessary crisis control PR move for the popular chain restaurant. The decision to close the store came after several months of combatting E. Coli, Salmonella, and Norovirus outbreaks in Boston, Oregon, and Washington, to name a few. This could have been monumentally destructive for the brand, but Chipotle is coming out of the fire as a crisis control powerhouse. So much so, that other PR professionals should take note of the crisis control moves stored in Chipotle’s tool belt. 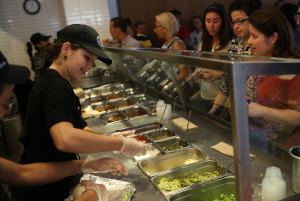 The first thing Chipotle did right was take action immediately. Within hours of the first released cases of E-coli, Chipotle had already reached out to those affected to personally check in on them.

Their next move called for a closing of all the locations around the affected area, even if they did not have a problem. Chipotle decided to play it safe and not push their service limits. They showed they were in control of the situation, and interested in stopping it immediately.

Now, a month or so after the outbreak has simmered down, Chipotle is still making smart crisis control decisions. The purpose of the nation-wide store closing yesterday was to hold a “company meeting” between executives and employees. Supposedly, new safety and health precautions were thoroughly discussed, employee questions were answered, and upcoming marketing efforts were implemented. They established that a major goal moving forward would be complete transparency and constant communication between owners, employees, and customers.

Step Four: Give the People What They Want

So, you moved onto a different Monday lunch option, but you’re still bitter you didn’t get your $1.50 guacamole. Chipotle saw this coming, and offered a free make-up burrito to anyone who had their number. All you had to do was text “Raincheck” to 888-222, and your burrito dreams came true— talk about customer appreciation at it’s finest (Sorry to those of you who are just hearing about this now!)

Even with increasing costs and lower sales, Chipotle is not a mild, not a medium, but a hot commodity. As the parody article from Gomer Blog stated, “people would rather die from E. coli than not eat Chipotle.” Is this because of their excellent crisis control and PR approach, or is everyone just crazy for carnitas?   We think it’s a little bit of both.

Bey is the Way: Brands Benefit from Product Placement
Scroll to top