In 2011, Snapchat, created by three students at Stanford University, became a huge digital phenomenon. The O.G. live social media platform. Since its release, it has garnered more than 150 million daily users and was growing faster than most iPhone apps… or so we thought.

In the past few months, Snapchat has been on the decline losing loyalty from both brands and users. We can attribute this as a reaction to a recent update that has changed the overall function and design of the application. Rather than separating branded Snapchat stories from personal, the update has meshed all content into one, unchronological queue.

With the Instagram Stories competitor on the rise, and an aggressive one at that, Snapchat seems to be having a hard time keeping up. Instagram users already have a following here and adding Insta Stories to their strategy only helps strengthen the connection to their audience. The authenticity offered by Instagram Stories is enticing to individuals who want to increase their following and enhance their online persona, therefore making Snapchat seem like an unnecessary channel to maintain. 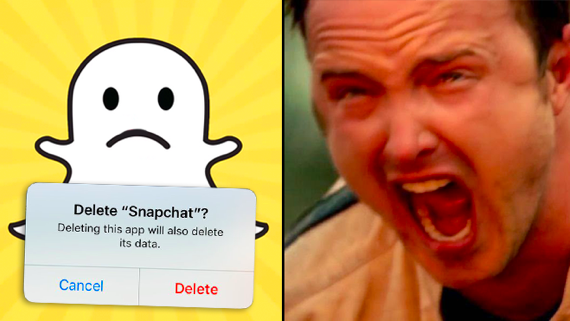 The audience has spoken, and they are saying: WTF

This Snapchat update has received some major criticism from users, and has led many to delete the app from their devices altogether.

A petition on Change.org was created with the goal of convincing Snapchat to go back to how it was prior to the 2018 update. To date, the petition has over 1 million signatures. Nic Rumsey, the Australian man who initiated the petition, says that “there is a general level of annoyance among users and many have decided to use a VPN app, or are using other risky apps or steps, to go back to the old Snapchat.” 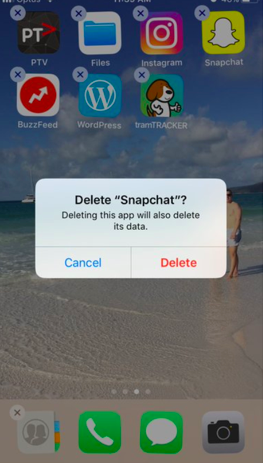 One man’s trash is another man’s Snapchat success

While the public may be in an uproar over the update, some brands have found success on the app. NASCAR reported that its story viewership has increased by 80% since the change.

Nike has been using the Snapchat update to its advantage by tapping into it during live events. Nike’s Jordan brand, Darkstore, and Shopify teamed up to pre-release the Air Jordan III “Tinker” on Snapchat with same-day delivery. After the big game, those that attended the Jumpman All-Stars after-party had the chance to scan exclusive snap codes, leading them to Snapchat where they could purchase the sneakers (which sold out in 23 minutes). 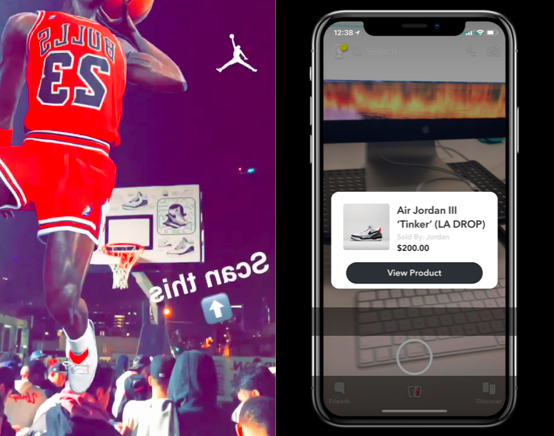 Under Armour also creatively used the tool to increase viewership, by creating 5-second ads. The message loops through twice, giving users the opportunity to see it more than once within the ten second ad limit set by Snapchat.

Under Armour also uses the QR type codes on Snapchat to show special lenses. During the NBA Slam Dunk contest, users scanned codes that allowed them to take pictures with a 3D version of Dallas Mavericks’ Point Guard, Dennis Smith Jr, Smith (wearing Under Armour shoes). According to Under Armour, users spent an average of 79 seconds playing with the lens. 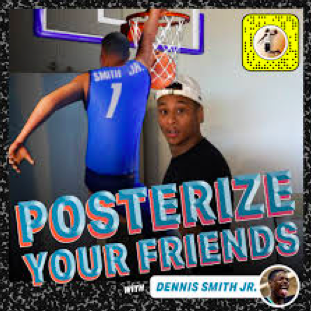 NASCAR, Nike, and Under Armour are strong examples of how brands are taking advantage of this “downtime” for Snapchat and utilizing it successfully to engage consumers in a creative way.

Is it possible that Snapchat could go back to its golden days? Is there still a future for Snapchat? The verdict on this is out, however one thing is clear: brands are still using it to engage the audience that is still there for brand awareness and now, ROI opportunities.