Companies such as Instagram and SnapChat have taken their widely successful social media apps and managed to turn them into money-making advertising machines. By launching services that integrate company-generated content into the interfaces, these mobile applications are able to capitalize upon their preexisting user-base through compensation by advertisers. 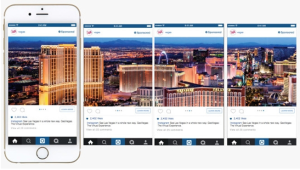 The newest company to monopolize on their users is AdBlock Plus, a download that blocks annoying pop-ups and allows users to bypass YouTube’s pre-video advertisements. Because of ad-blocking extensions, ignoring online advertising is easier than fast-forwarding through commercials. Eyeo GmbH, the makers of the popular download, are trying to make money off of their new program, ‘Acceptable Ads’. This would allow companies to pay and have their ads bypass the blocker, as long as they adhere to a set of guidelines.

This new program allows AdBlock Plus to make the most of its pre-existing user base by charging advertisers to ensure that their messages are reaching their target. The sole reason to download an ad blocker is to eliminate exactly what they are trying to sell: ads. Having paid content on SnapChat and Instagram has so far been well received, as the ads don’t seem to interfere with user experience. However, users who are accustomed to an ad-free experience may find this new program disruptive and counterproductive. Since selling ad space to companies defeats the whole purpose of an ad blocker, it’s unclear how the company will fare in upcoming talks with publishers, considering its now roundabout, slightly oxymoronic chain of operations.