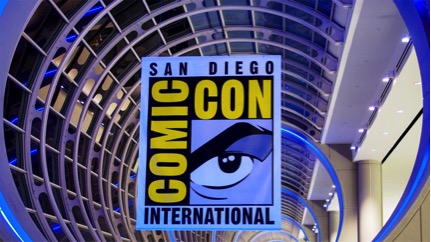 This week, pop culture enthusiasts gathered at the San Diego Convention Center to experience an elaborate comic convention, showcasing the latest and greatest in the genre’s media. This year’s San Diego Comic-Con boasted nearly 130,000 attendees, all ready to witness the most anticipated trailer footage for Hollywood’s upcoming comic-inspired films and television shows. With attendee numbers this large, the fest can serve as a majorly beneficial marketing hotspot for the film and comic industries.

Comic-Con is a great example of successful execution of consumer-generated marketing, providing unique experiences for enthusiasts of niche interests; in other words, fostering the relationship between consumers and brands.

For example, Hollywood releases “teaser” trailers for upcoming films to the Comic-Con audiences. Once released, participants of Comic-Con instigate word-of-mouth ‘hype’ that grows substantially between the time of these teasers’ release to when the films’ full trailers debut. It’s a Hollywood level lazy-man marketing scheme – give a little bit to the public to bite onto, let them create the hype enough to stir up press attention, and you’ve already got a great basis for establishing relationships with your potential theater audiences.

Another added bonus? Most video content, including exclusive teasers, are not only shown, but are released to the public during Comic-Con. This creates a phenomenon, of sorts, massive sharing in a matter of seconds through social media.
Check out some of the trailers released at this year’s Comic-Con below. And feel free to join the sharing phenomenon with a Tweet about your favorite trailer!