How many interns can say that one of their first assignments on the job was to walk in Boston Fashion Week? 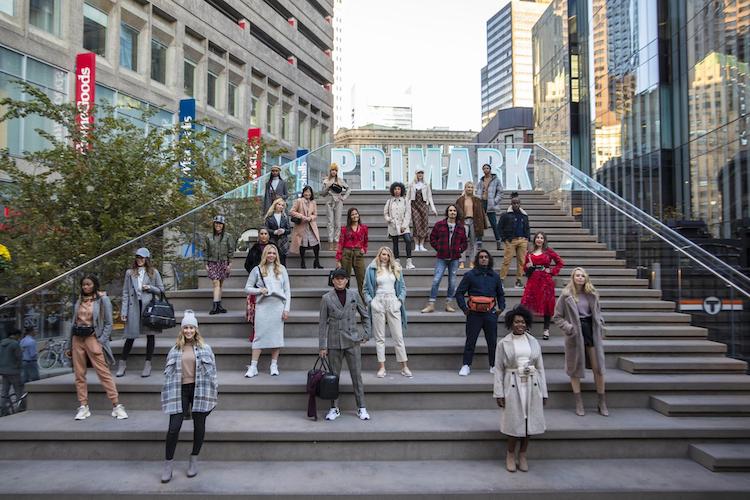 This fall, right before Boston was hit by those inevitable October winds, CBC organized a fashion show and afterparty at Primark’s Downtown Crossing location, featuring their fall collection… and they asked me (Maddie) and my fellow intern pal Lindsay to participate! Not only was it an absolute blast to be a part of, but we were also able to learn the ins and outs of experiential marketing firsthand. (And we realized how lucky we are to be learning from the pros at CBC for a whole semester.) 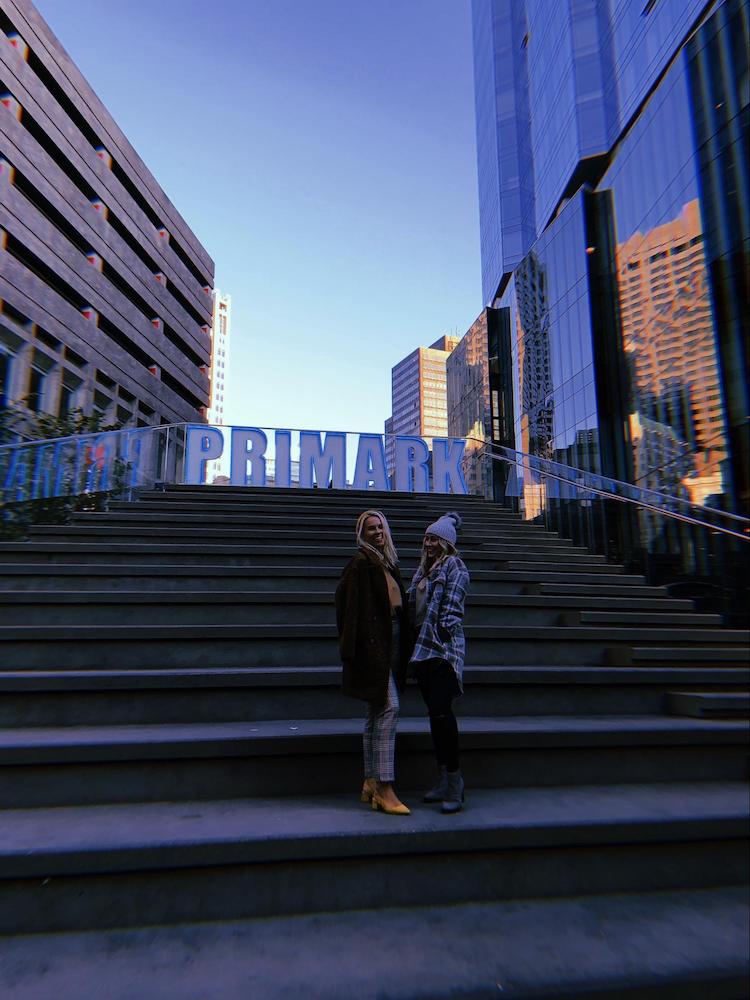 The goal of this experiential marketing project was to raise Primark’s profile as a must-shop destination in downtown Boston. By showcasing trendy, affordable looks for both men and women while connecting with the Downtown Crossing community, CBC did just that.

We partnered with local businesses and celebrities, like radio and television personalities Billy Costa and Jenny Johnson who hosted the event. The afterparty featured local DJ YVNG PAVL playing a live set, mocktails, and a gif booth for community members to interact with. The diverse group of models were all local, first-time models chosen for their personal style and their ties to the Downtown Crossing community. 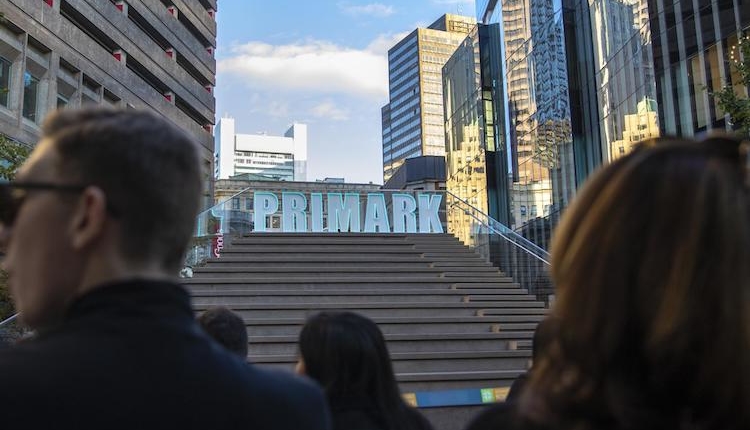 Since we were (literally) right in the middle of downtown, the event was free and open to all. Commuters and tourists alike stopped on their way through the busy area and stayed for the show, taking videos and pictures. The fun continued at the afterparty in Primark’s store, where attendees had the opportunity to shop all their favorite looks seen minutes before on the runway (…or stairs and sidewalk).

The View from the Runway: Walking in Boston Fashion Week

When Lindsay and I were asked to participate in Primark’s fashion show, of course we both immediately said yes. Who knew when the next time an opportunity as cool as this one would fall in our laps? 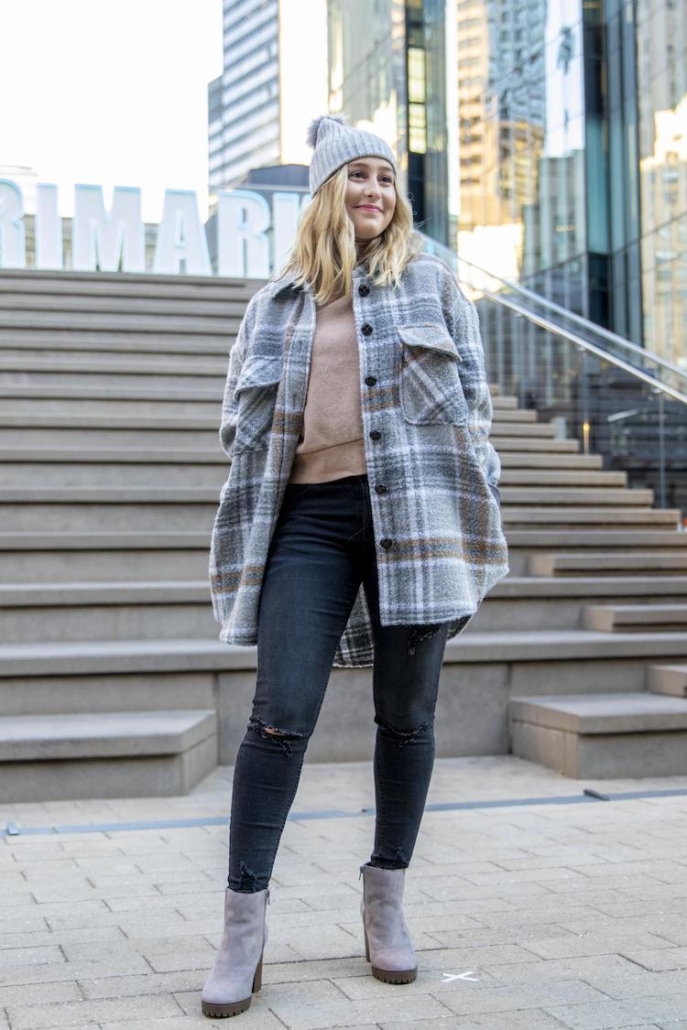 On the evening before the show, we left our CBC headquarters in the West End and walked downtown to our fitting, where the stylists accessorized us and fixed sizing issues.

On the day of the show, Lindsay and I anxiously headed back to the Primark store for hair and makeup with the other models. After receiving a proper pampering, we went outside to rehearse the choreography for the show. We scurried back into the store for final fittings and touch-ups, and before we knew it, it was time to get our Blue Steel on. 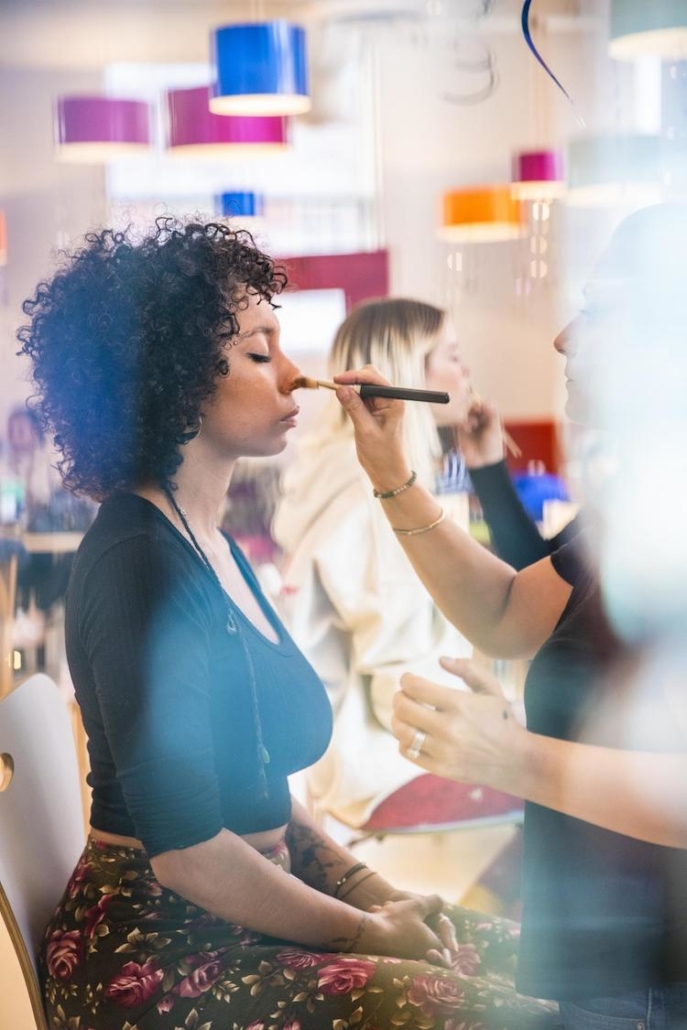 There were three different “lines” or themes to the show: the first celebrated the store’s 50th anniversary with looks inspired by the 1950s. The second focused on reds, pinks, and floral  patterns, and the third was dedicated to neutral colors. The models utilized the big concrete steps right outside of Primark so that people passing by could see each look above them without being directly in front of the “runway.”

Hosts Billy Costa and Jenny Johnson provided background information on the models and how they were connected to the downtown Boston community, whether through work, play, or life in general. It was a fun way for the audience to see that the models really were just a group of normal, diverse, everyday people who felt confident and comfortable in Primark clothing. Price was also a major talking point; the celebrity hosts mentioned the total price of each look from head to toe, emphasizing how cost effective the outfits are. 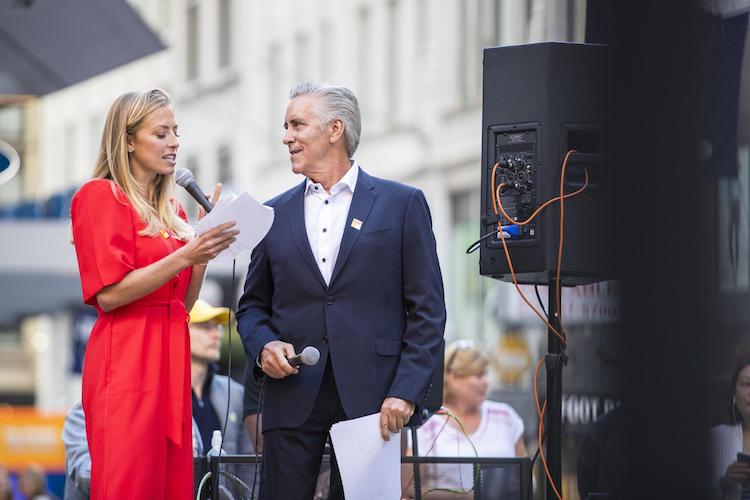 The show ended with all of the models lining up on the concrete steps for a killer photo op, and then everyone flooded into Primark for the afterparty. DJ YVNG PAVL played a live set while guests, shoppers, and models sipped on handcrafted mocktails and posed in trendy Primark accessories at the gif booth. The gifs that participants made were emailed to them so they could be shared on their various personal social channels, promoting both the local event and Primark as a brand. 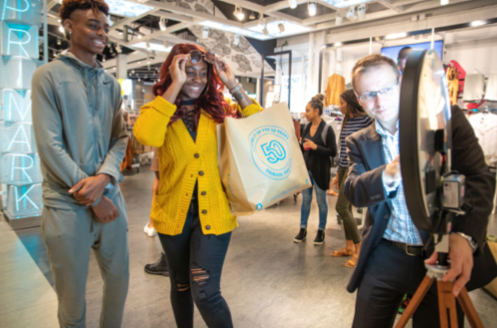 My first major takeaway is that CBC seriously hooks it up for their interns by immersing us right into events! But in all honesty, when I started my internship last month, I was most excited to learn about CBC’s extensive and creative experiential marketing programs. By being fully engaged in this experience and having a hand in our social media coverage after the event, I was able to learn more than I would from any textbook for my marketing classes (but don’t tell my professors). Not to mention, Lindsay and I really didn’t hate pretending to be models for the night… 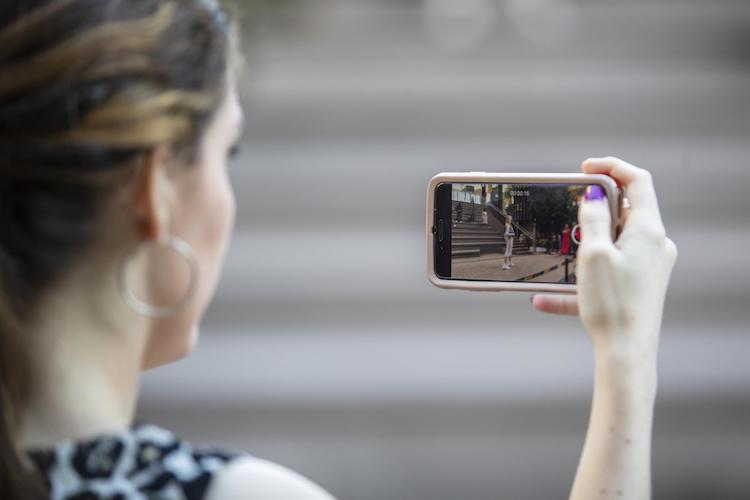 When you’re working with a brand as cost-effective and community-oriented as Primark is, the only logical option is to feature an event that truly engages the local community. CBC found that perfect sweet spot by planning a free, public fashion show with local, first-time models in the middle of a shopping block with some of the most foot traffic in Boston. It was the perfect opportunity to build brand awareness by establishing Primark as approachable to everyday shoppers, from high fashion bargain hunters to people who just want a comfy pair of sweatpants. 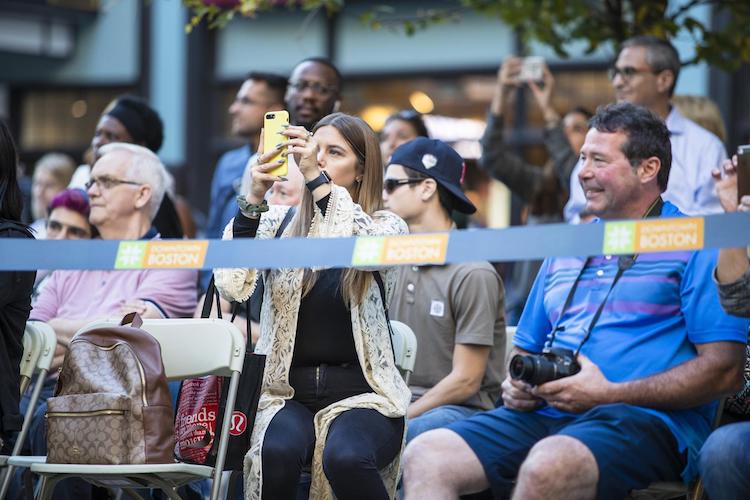 By participating in Boston Fashion Week with stylist-curated, high fashion inspired looks, Primark was able to position itself as a serious fashion brand with major crowd appeal. The public also had the ability to walk straight into the store during the afterparty and purchase an entire look from head to toe at a fraction of what a high fashion runway look would cost. By seeing everyday men and women wearing the looks (and not 6’ tall supermodels), and by hearing Billy and Jenny’s commentary about each model’s personal life (where they work, their hobbies, their fashion inspo), the audience felt more connected to the person wearing the outfit, and thus the brand. The fashion show made it easy for people to envision themselves in the models’ shoes (literally).

Why Branded Entertainment Needs To Be On Your Radar

How Glossier’s Digital Marketing Strategies are Disrupting the Beauty Ind...
Scroll to top