As consumers continue to favor the convenience of online shopping, brands are turning to experiential retail as a way to repurpose their store’s space.

And we’re happy to report that brands have really taken the concept of experiential retail and run with it. Particularly, beloved department store Nordstrom.

On October 4, Nordstrom opened its first concept store in West Hollywood, California called “Nordstrom Local”. The store will employ retail experiential tactics tailored to the customer including individual consultations, styling sessions, and alterations – even a fully-stocked bar and beauty salon. Even more interesting, instead of merchandise, the store will sell to consumers via personal stylists who will order inventory for clients based on his/her personal taste. 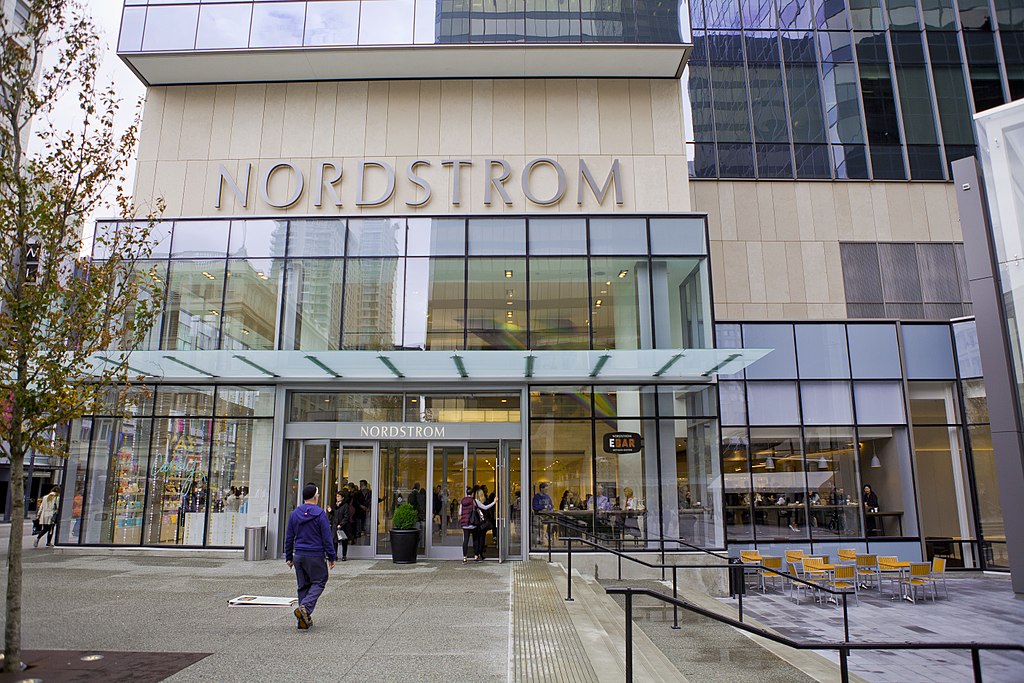 This streamlined experiential retail strategy is a response to the growing demand for convenience. 50 years ago, department stores were valued for offering a one-stop shop; however, the times have changed, and today’s consumers seek more efficient alternatives to digging through a 140,000 sq ft department store. 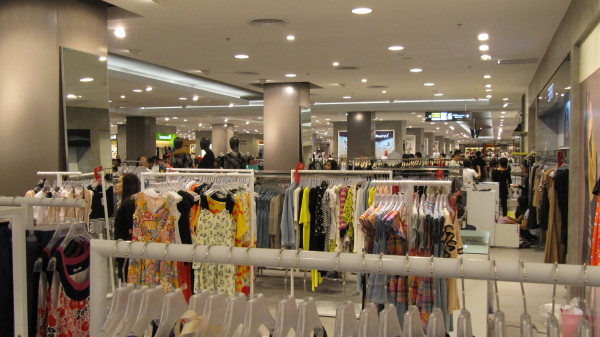 Other retailers have experimented with experiential retail tricks too. Target recently opened small format stores that cater specifically to their respective locations and demographics (i.e. college campuses and urban communities). Instead of stocking all of the customary Target product, these small format stores stock specific items such as extra dorm room accessories and school supplies.

CBC has been an advocate of experiential retail for a while now. In August 2016, we launched apparel brand Garnet Hill’s mobile boutique, an 880 sq ft converted shipping container that showcased Garnet Hill products and hosted lifestyle events. 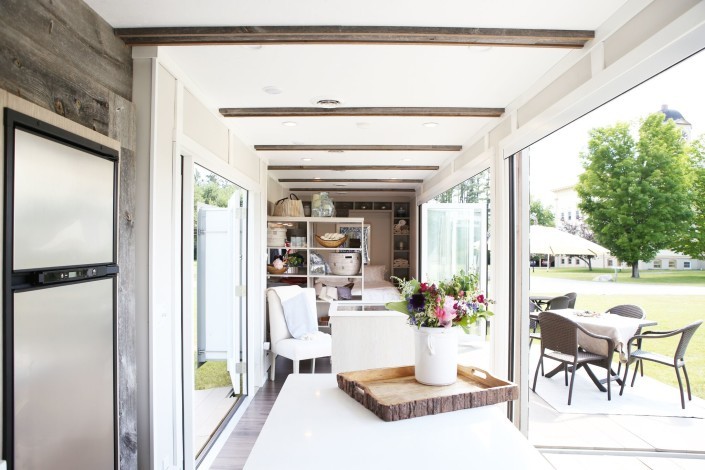 Another CBC client, Stonewall Kitchen, prides itself on experiential retail as a way to ensure that its York, Maine flagship location is more than just a shop. In the Stonewall Kitchen Company Store you are able to taste any of the brand’s jams before buying, and it even has a one-of-a-kind cooking school onsite intended to inspire customers with confidence in the kitchen. 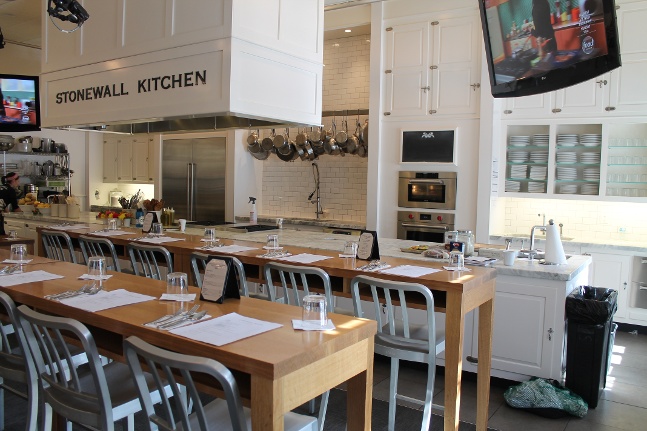 The road has not been easy for brands. Today’s consumers expect the best of both world: a fusion of the convenience of online and the tangible experience of in-store. For apparel bands, experiential retail goes a long way.

Over the past few years, “athleisure”—a clothing trend combining athletic wear and casual attire—has taken the fashion world by storm. 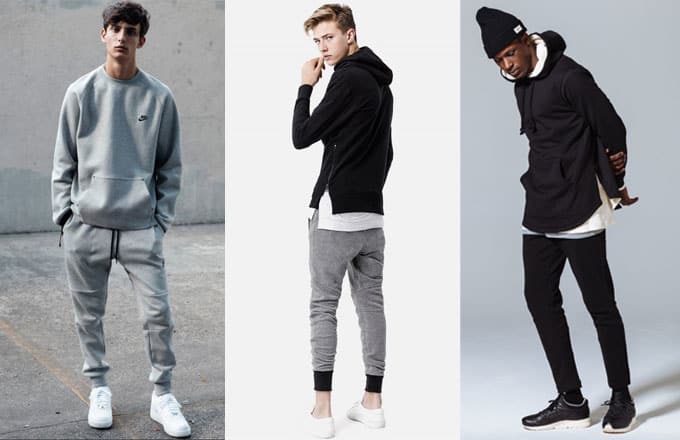 In an article from Business Insider, Dennis Green says that athleisure has changed the fashion industry to the extent of creating an entirely new category of clothing.

The popularity of athleisure reflects a lifestyle change towards health and fitness—a movement spearheaded by millennials.

And as many fashion brands are acknowledging, appealing to this new health-savvy population of fashionistas rather than dissuading them is the trick. 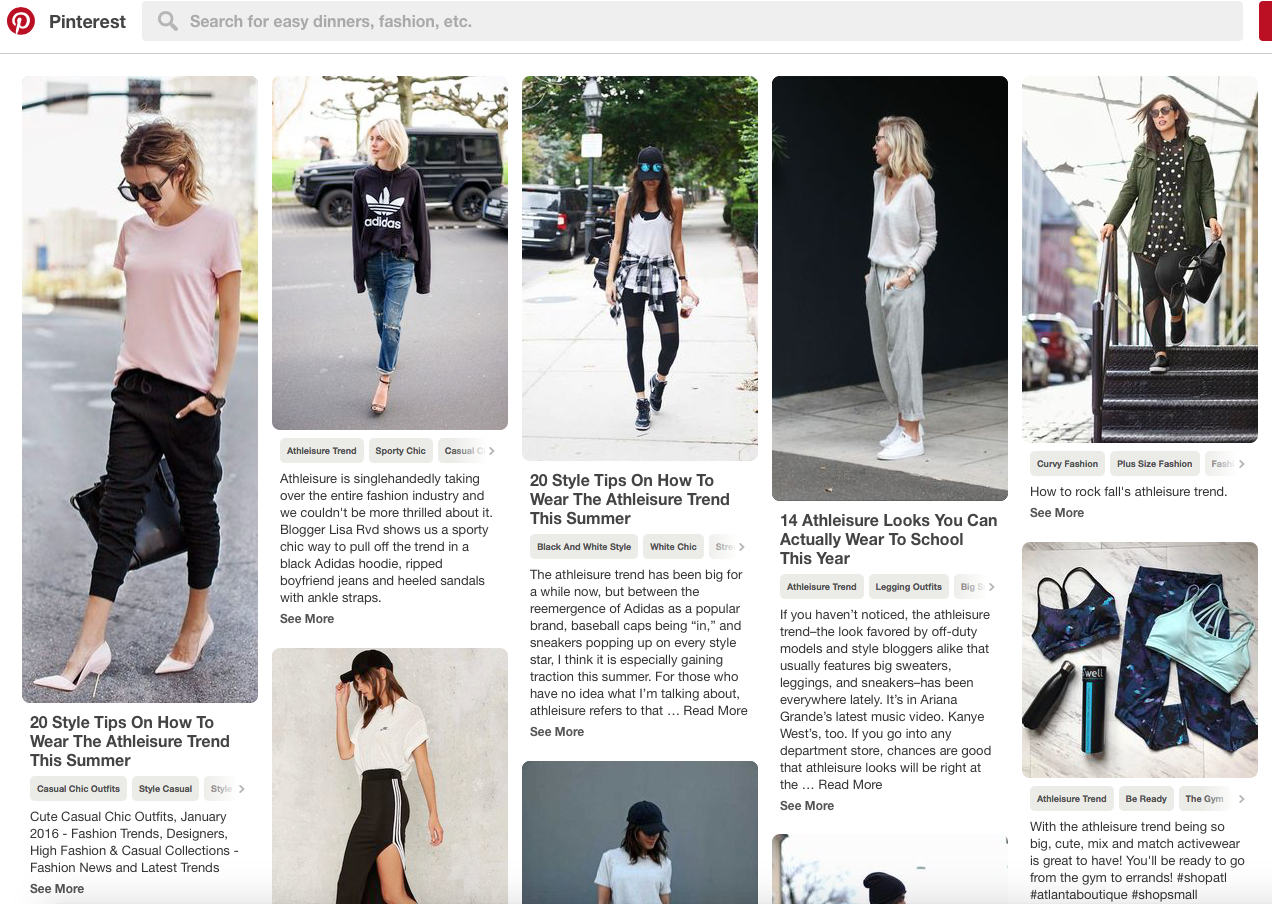 Out of the numerous brands that have caught on to the trend, Lululemon could be considered the pioneer. 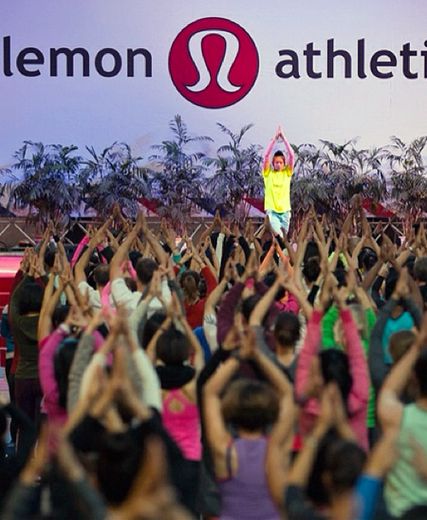 From the start, Lululemon never had to truly change its marketing strategy. Millennials ignited the cultural emphasis on health and wellness, bolstering the marketing success of companies like Lululemon that already had products catering to exercise and outdoor activities. 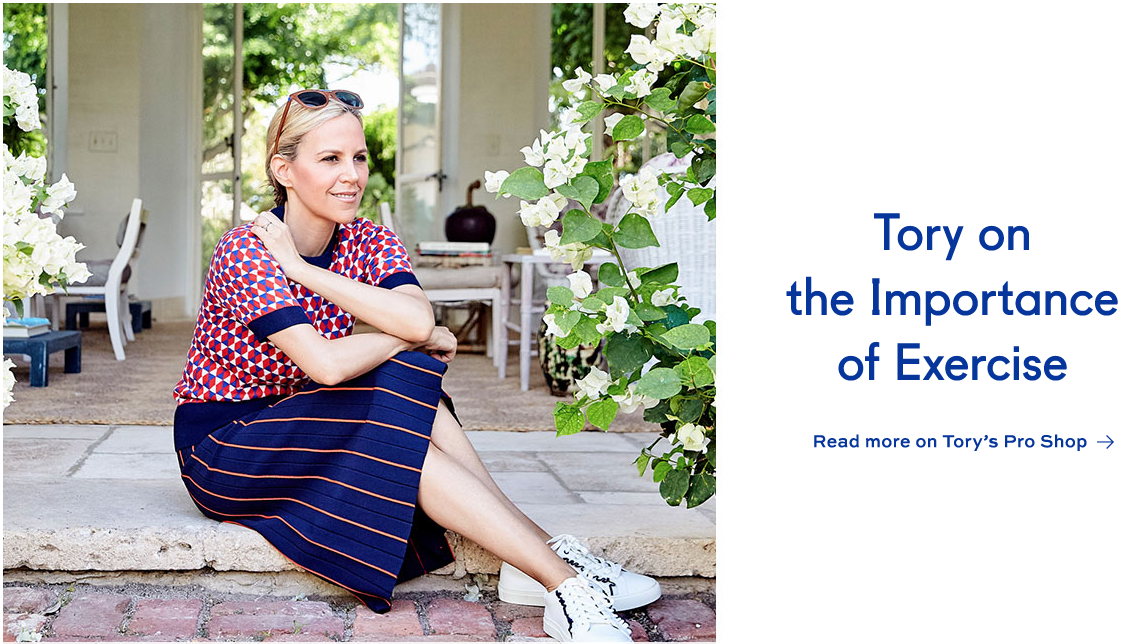 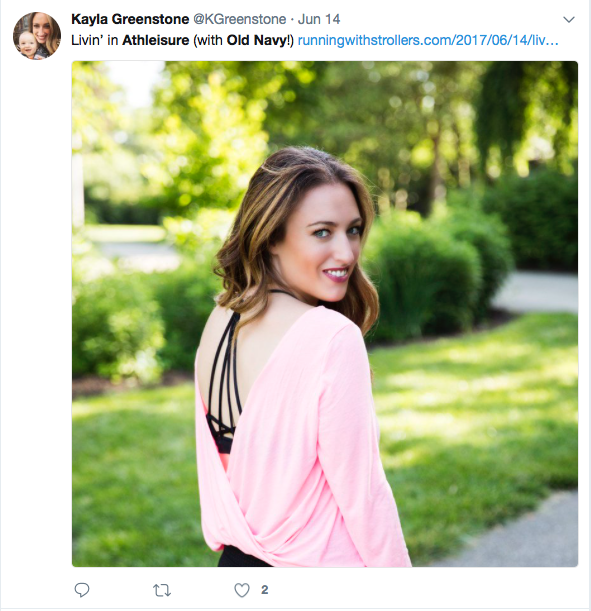 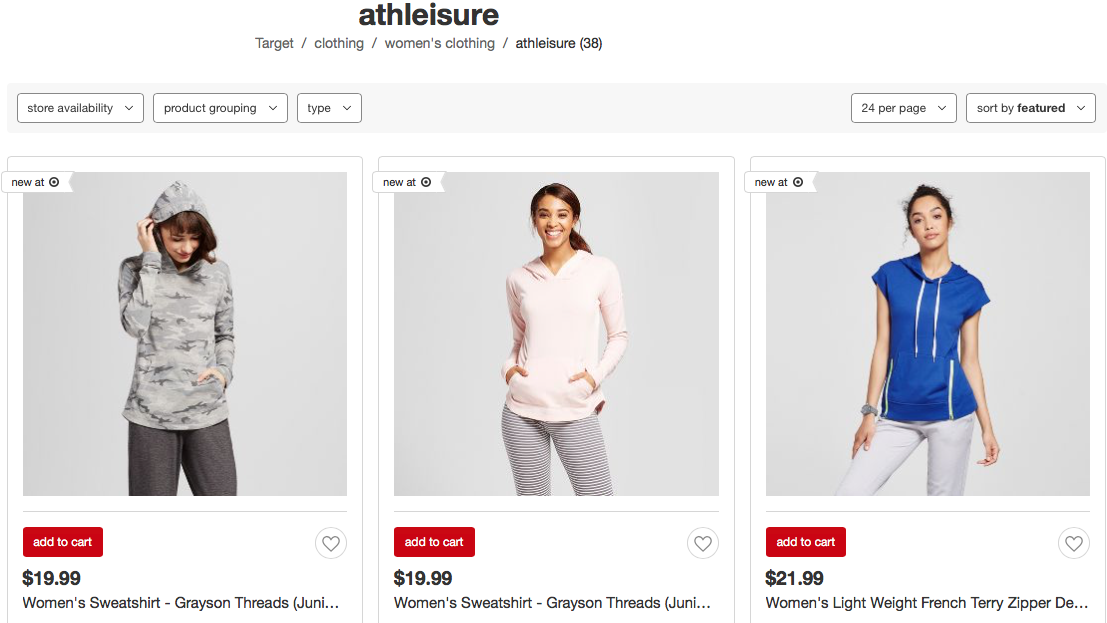 Meanwhile, smaller brands like Outdoor Voices launched in response to the demand for athleisure products. 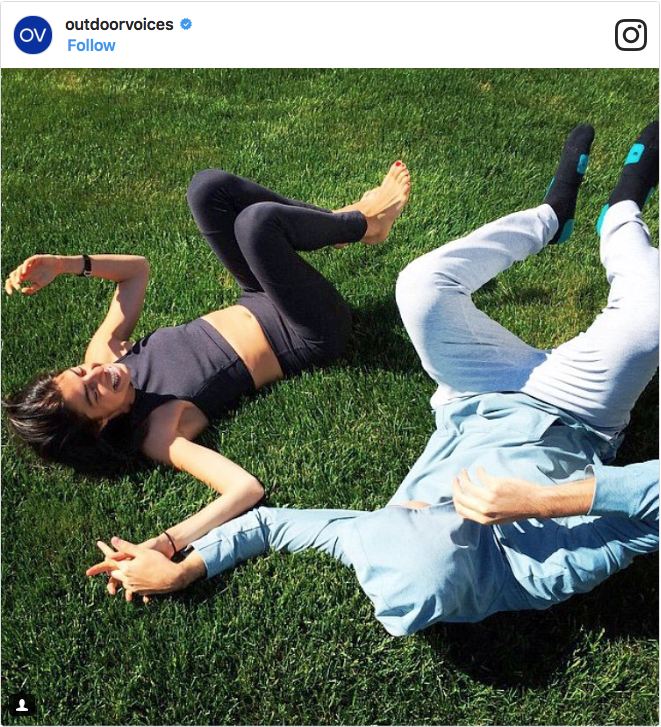 Many speculate it was only during the height of the athleisure craze in 2015 that these other brands began to mimic Lululemon’s marketing practices. 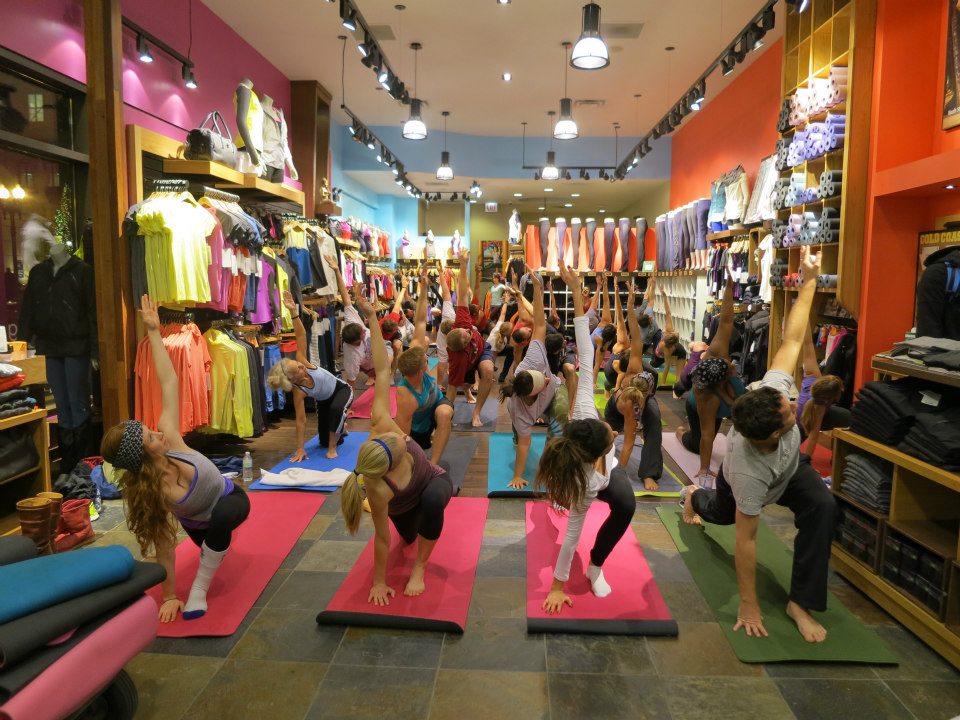 The beauty is, this trend isn’t just for the millennial demographic. At CBC we’ve worked with female apparel brand Garnet Hill to spotlight their own athleisure line with content that is more than just about the physical piece – it’s about the lifestyle you live while wearing it. 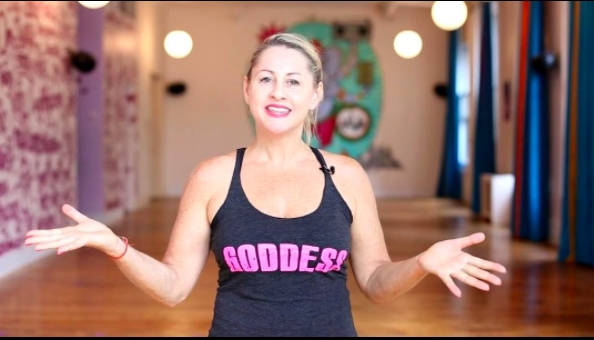 In our opinion, these companies have the right idea. They appeal to this athleisure-crazed audience by promoting healthy experiences in a comfortable, fashion-focused way.

Instagram has come a long way since its debut in 2010, priding itself on being a top-performing platform for mobile discovery.

And now, the beloved platform has broadened its horizons even more – it will soon allow users to purchase products directly from an image. That’s right, Instagram is joining the mobile shopping revolution. This new feature is ground breaking for brands who rely on their online sales.

Mobile shopping has become a consumer favorite, making up 30% of all e-commerce sales. In fact, it is estimated that more than 84 percent of smartphone owners use an app or web browser to view products. This is a HUGE untapped market of potential buyers who use Instagram to follow their favorite brands. 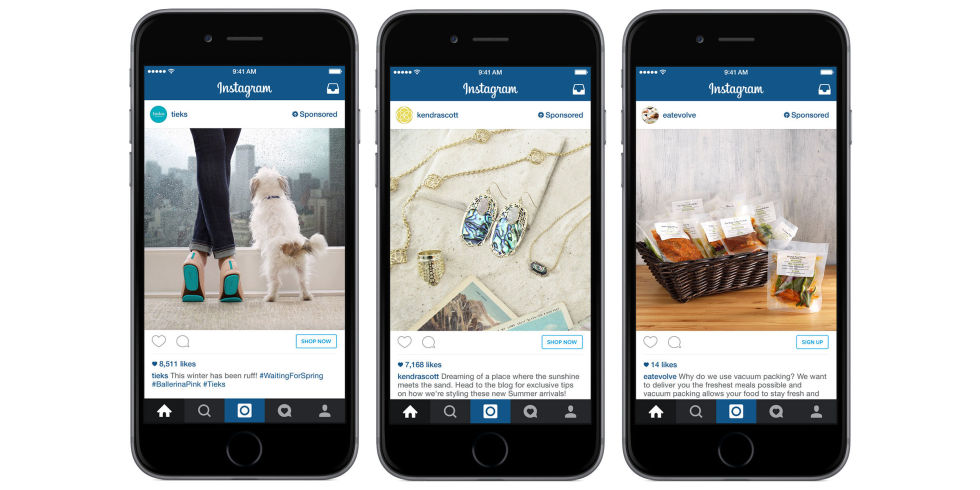 According to Instagram, this is how shopping will work: 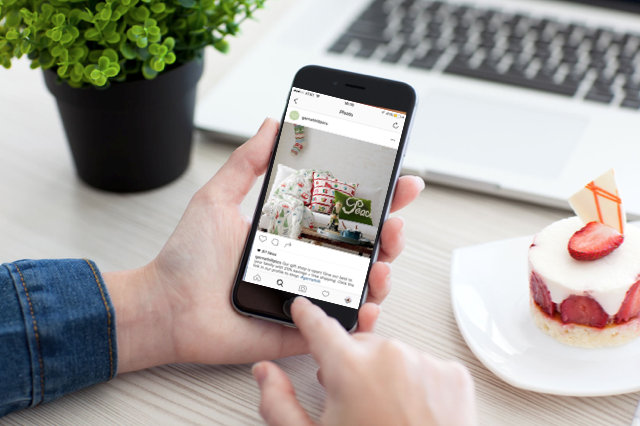 Unfortunately for those who want to jump right in, the new experience is still in its test phase. Instagram partnered up with brands like J-crew, Kate Spade, and Warby Parker for the beta version, gaging ease of use and depth.

When it does go public, we at Cercone Brown are especially excited to see how brands like Garnet Hill and Stonewall Kitchen will enhance engagement with current and prospective users. Either way, our wallets are sure to be lighter.

Even though the birth of Facebook Live occurred last April, the brand has successfully preserved the feature’s spot in the limelight.

Over the past several months, the world has watched countless brands, bloggers and celebrities use it to creatively advertise products and reach new audiences. Whether it’s through cooking tutorials, a glimpse behind the scenes or a Q&A with an influencer, Facebook Live has certainly become an industry favorite. 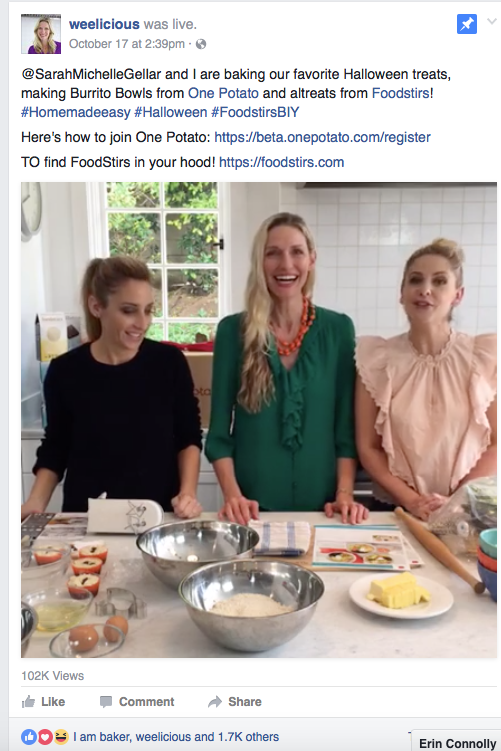 In September, Cercone Brown organized a Facebook Live tour with blogger Natalie Thomas from Nat’s Next Adventure and Garnet Hill of their Mobile Boutique in New York City. Natalie gave viewers an insider’s peek into the unique boutique. 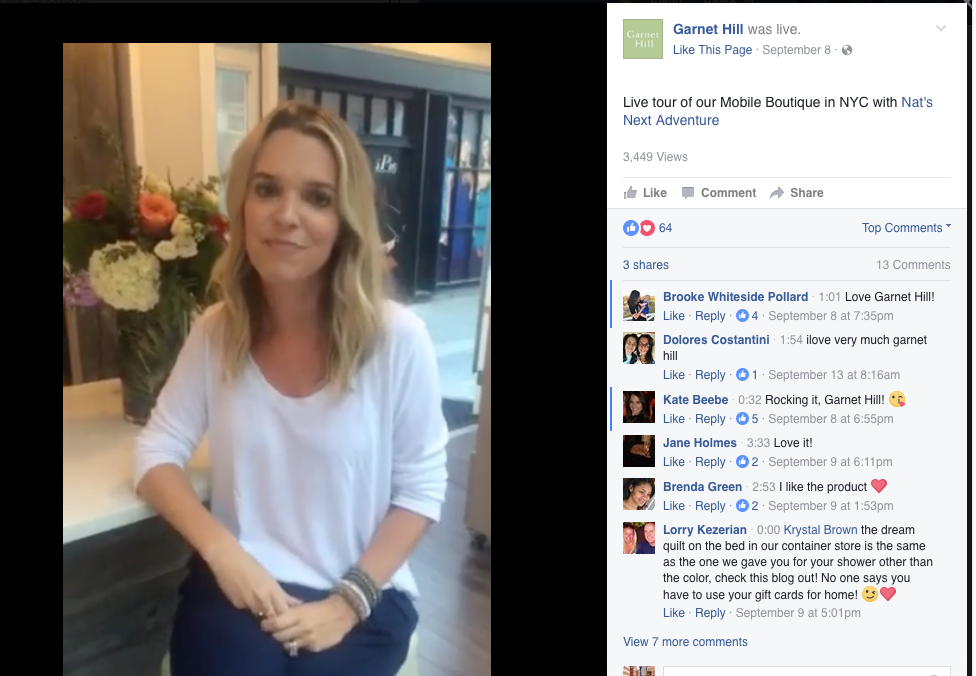 Not Just For The Professionals

It seems that even though similar apps such as Snapchat and Instagram Stories have experienced great success, the masses have yet to heavily engage with Facebook Live. The brand is attempting to change this by encouraging people like you – the everyday person – to get involved.

The brand has launched a campaign that is based on showcasing user-generated content and demonstrating how to go live. 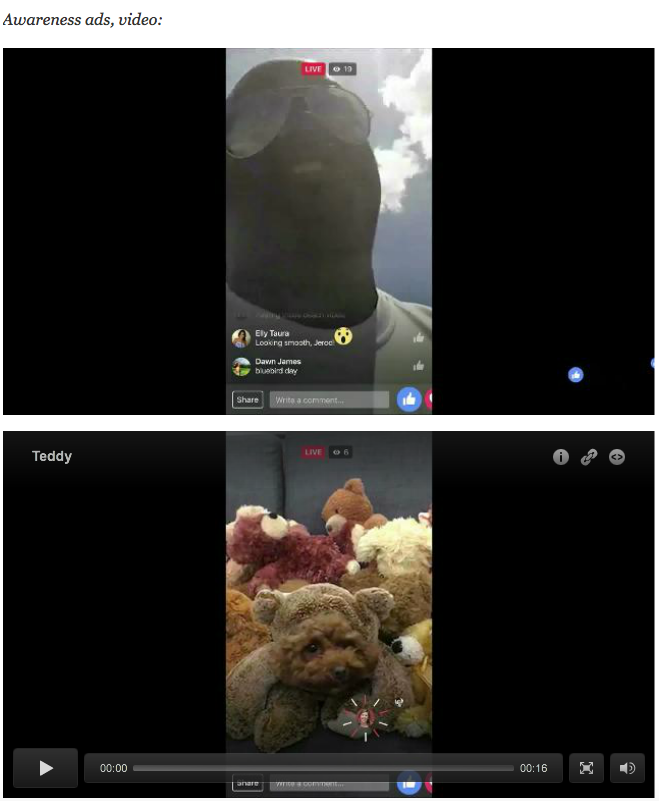 While the tutorial ads feature statements like, “How to go live if you’ve got a hidden talent that you’re ready to make not-so-hidden” or “How to go Live when you have something to say and you just need to say it loud”. 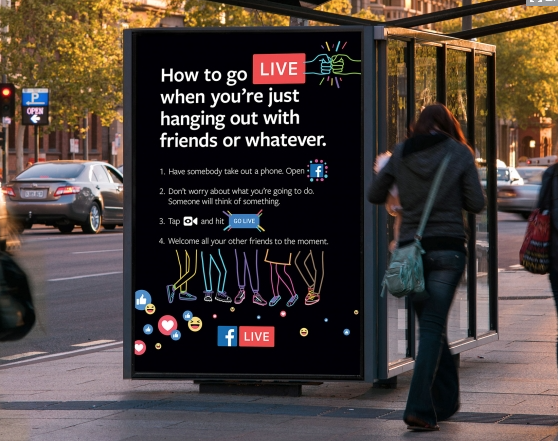 The set-up for going Live is simple and encourages a spur-of-the-moment call to action. Facebook claims that they want to make the world more open and connected through the Live feature … if only people would begin to engage with it.

It’s official – Garnet Hill has packed up a collection of its most beautiful home and apparel products and set its sights on the open road! Their mission? To connect with their customer in a tangible way and provide a unique touch-and-feel experience in the comfort of her own backyard 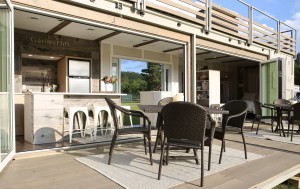 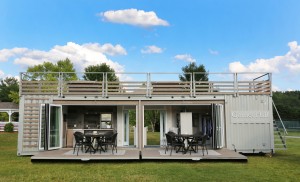 This August, we’re celebrating the launch of Garnet Hill’s Mobile Boutique – a pop-up store that truly takes the concept of “experiential marketing” to a whole new level.

Built to feel like a tiny, natural home where you can literally touch, feel, and shop all of the beautiful Garnet Hill products, the boutique is equipped with all of the homey essentials – kitchen, bathroom, bedroom, closet, and a roof deck. 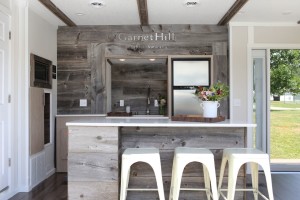 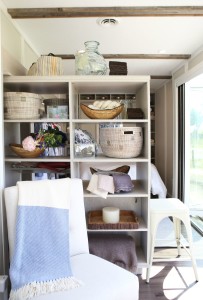 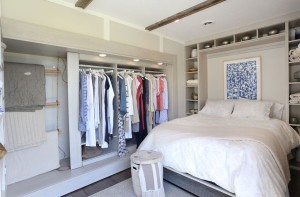 The pop-up is an homage to the brand’s Beautiful, Naturally mantra and was stunningly designed by ModEco Founder and HGTV Container Home personality Drake Boroja from a converted shipping container. It showcases an array of the most beloved Garnet Hill products, and serves as a venue for community events including wine tastings, farm-to-table meals, and other demonstrations. 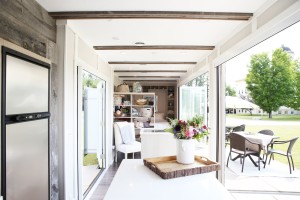 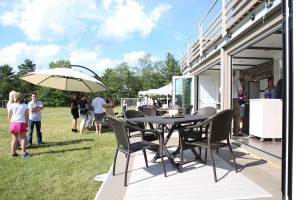 The mobile store began its pilgrimage in Franconia, New Hampshire, is currently moving south through the state via Exeter, and will end in New York City. 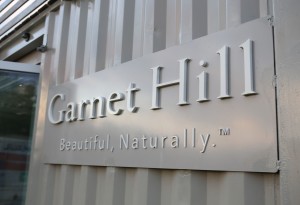 Join the journey! Follow along with #GHmobileboutique or visit their Events Page on Facebook for information on how to experience the boutique yourself.

Located on the picturesque Main Street of downtown Bridgehampton, New York, long-time catalog retailer Garnet Hill has officially opened its first brick and mortar store. The new space is a mixture of timeless Garnet Hill pieces and exclusive items from local New England artisans, ready to be shared with the Hamptonites and other vacationers in the flesh.

Design firm Aesthetic Movement transformed the space into a clean and inviting retail experience for customers. From the white peg-board walls to the simple wooden dowel hanging fixtures, the space is designed to truly showcase the product. The space takes on the aesthetics of a gallery, maintaining the attainable pricing Garnet Hill has offered for years. The store carries vintage books and glassware, bedding, apparel and home collections.

Despite primarily working with Garnet Hill’s public relations team, CerconeBrown assisted in everything from staffing the store to set up to event management. CBC traveled to Garnet Hill’s headquarters in Franconia, NH several times over the past three months, meeting with all departments of their company, ensuring a streamlined transition to brick and mortar.

Perhaps the most fun of all was organizing the Bridgehampton store’s inaugural weekend with a press shopping event and cocktail party, opening up the space to an intimate group of editors from several top-tier magazines. CerconeBrown transported editors from New York City to The Hamptons for an overnight stay, enabling city-dwelling editors from outlets such as Family Circle, InStyle, Town & Country, Refinery29 and more to experience the product first hand, many for the first time. Several editors had just returned from CBC Summer House, where the brand activation experience allowed them to live with the product for the entire session, getting to know the signature bedding and amazing pool towels especially well.

CerconeBrown’s ability to connect with such a wide variety of print outlets will allow for exposure on more than one platform, something Garnet Hill hopes to achieve while the store is open. Editors were also given the opportunity to meet and mingle with Garnet Hill executives, including its President, Claire Spofford.

When the store opened its doors on Saturday evening, a long-time Hamptons staple, Hamptons Cottages and Gardens Magazine held a major presence. Editors and friends of the magazine were able to mingle with Garnet Hill while enjoying the store’s charming backyard garden environment. The magazine has provided locals with a revered sense of fashion and style for decades and has become a trusted publication in any true Hamptons home. CBC was able to place two large, two-page spread advertisements in this month’s issue. Employees of the store already noted that several local residents have phoned the store, asking for the bed featured in the ad – now.

Garnet Hill is incredibly excited and hopeful for the summer ahead. With several more press and community engagement events planned, Garnet Hill is making its debut into the retail world in a big way, and CBC is honored to help them do it.